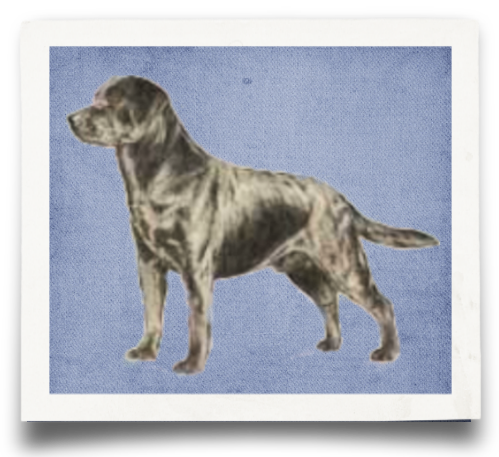 English versus American:  There is only one breed of dog known as the Labrador Retriever, described by the Standard of the Breed. Within Labrador Retriever breed type there are variations in body style which have evolved to suit the use of the dog, as well as the preferences of individual breeders and owners. In the United States the general public has begun to label these variations mistakenly as "English or "American" style. Perhaps a better description for variations in style is "show/conformation" or "working/field" styles. [Read More]

The Labrador Retriever Club, Incorporated is dedicated to the health and welfare of the Labrador Retriever breed, while conserving the original breed function - that of a "working retriever."  A purebred dog offers its owner the likelihood that he will be a specific size, shape, color and temperament. [Read More]

The Labrador Retriever is a strongly built, medium-sized, short-coupled, dog possessing a sound, athletic, well-balanced conformation that enables it to function as a retrieving gun dog; the substance and soundness to hunt waterfowl or upland game for long hours under difficult conditions; the character and quality to win in the show ring; and the temperament to be a family companion.

Physical features and mental characteristics should denote a dog bred to perform as an efficient Retriever of game with a stable temperament suitable for a variety of pursuits beyond the hunting environment. The most distinguishing characteristics of the Labrador Retriever are its short, dense, weather resistant coat; an “otter” tail; a clean-cut head with broad back skull and moderate stop; powerful jaws; and its “kind” friendly eyes, expressing character, intelligence and good temperament.

Above all, a Labrador Retriever must be well balanced, enabling it to move in the show ring or work in the field with little or no effort. The typical Labrador possesses style and quality without over refinement, and substance without lumber or cloddiness. The Labrador is bred primarily as a working gun dog; structure and soundness are of great importance.

Forequarters should be muscular, well coordinated and balanced with the hindquarters.

The Labrador’s hindquarters are broad, muscular and well-developed from the hip to the hock with well-turned stifles and strong short hocks. Viewed from the rear, the hind legs are straight and parallel. Viewed from the side, the angulation of the rear legs is in balance with the front. The hind legs are strongly boned, muscled with moderate angulation at the stifle, and powerful, clearly defined thighs. The stifle is strong and there is no slippage of the patellae while in motion or when standing. The hock joints are strong, well let down and do not slip or hyper-extend while in motion or when standing. Angulation of both stifle and hock joint is such as to achieve the optimal balance of drive and traction. When standing the rear toes are only slightly behind the point of the rump. Over angulation produces a sloping topline not typical of the breed. Feet are strong and compact, with well-arched toes and well-developed pads. Cow-hocks, spread hocks, sickle hocks and over-angulation are serious structural defects and are to be faulted.

The coat is a distinctive feature of the Labrador Retriever. It should be short, straight and very dense, giving a fairly hard feeling to the hand. The Labrador should have a soft, weather-resistant undercoat that provides protection from water, cold and all types of ground cover A slight wave down the back is permissible. Woolly coats, soft silky coats, and sparse slick coats are not typical of the breed, and should be severely penalized.

The Labrador Retriever coat colors are black, yellow and chocolate. Any other color or a combination of colors is a disqualification. A small white spot on the chest is permissible, but not desirable. White hairs from aging or scarring are not to be misinterpreted as brindling.

Movement of the Labrador Retriever should be free and effortless. When watching a dog move toward oneself, there should be no sign of elbows out. Rather, the elbows should be held neatly to the body with the legs not too close together. Moving straight forward without pacing or weaving, the legs should form straight lines, with all parts moving in the same plane. Upon viewing the dog from the rear, one should have the impression that the hind legs move as nearly as possible in a parallel line with the front legs. The hocks should do their full share of the work, flexing well, giving the appearance of power and strength. When viewed from the side, the shoulders should move freely and effortlessly, and the foreleg should reach forward close to the ground with extension. A short, choppy movement or high knee action indicates a straight shoulder; paddling indicates long, weak pasterns; and a short, stilted rear gait indicates a straight rear assembly; all are serious faults. Movement faults interfering with performance including weaving; side-winding; crossing over; high knee action; paddling; and short, choppy movement, should be severely penalized.

True Labrador Retriever temperament is as much a hallmark of the breed as the “otter” tail. The ideal disposition is one of a kindly, outgoing, tractable nature; eager to please and non-aggressive towards man or animal. The Labrador has much that appeals to people; his gentle ways, intelligence and adaptability make him an ideal dog. Aggressiveness towards humans or other animals, or any evidence of shyness in an adult should be severely penalized.